Envision this scene: The sun has barely broken the horizon. A man rises from bed to see his neighborhood freshly covered in overnight snowfall. With a look of determination, he heads out into the snow with his Ariens snow blower, leaving his wife and dog to watch from the window of their warm home. The man blows the snow from his driveway and sidewalk, but he doesn’t stop — he continues on with his Ariens snow blower, working his way through the city streets of a waking town.

The man reaches the city’s limits, but he still doesn’t stop. With a deep satisfaction for the work he has already accomplished this morning, he heads into the wilderness, working his way through the forest and right to the top of the mountain that overlooks the town below.

his is the plot of the new Ariens snow blower TV commercial, which is called “Go the Extra Mile.” It's the first commercial Ariens has produced since the early 1970s, and the company has gone to great lengths to create a short film that is compelling and heartwarming, while also showcasing the power of the Ariens snow blower lineup. It has already begun broadcasting across North America, including during many NFL and NHL games, as well as on social media and through online ads. Ariens dealers can also customize a 30-second version of the commercial for their local markets.

“We put everything we had into making a commercial that reflects the hardworking and family-run nature of Ariens snow blower products,” said Stephen Ariens, senior brand manager at AriensCo. “And to ensure that we could bring this vision to life, we recruited one of Hollywood’s most in-demand directors.”

Winter is here Known widely for his work on HBO’s “Game of Thrones,” the company reached out to David Franco to be the cinematographer for the commercial (Franco’s credits also include “Star Wars” and “Resident Evil”). As many “Game of Thrones” fans know, snow is an ever-present fixture in the fictional land of Westeros, where perpetually, “winter is coming.” So naturally, Franco was an ideal choice to shoot a commercial that also takes place in a land filled with ice and snow. Franco’s technical expertise in both creating and shooting wintery snowscapes helped give the commercial its filmlike cinematography. 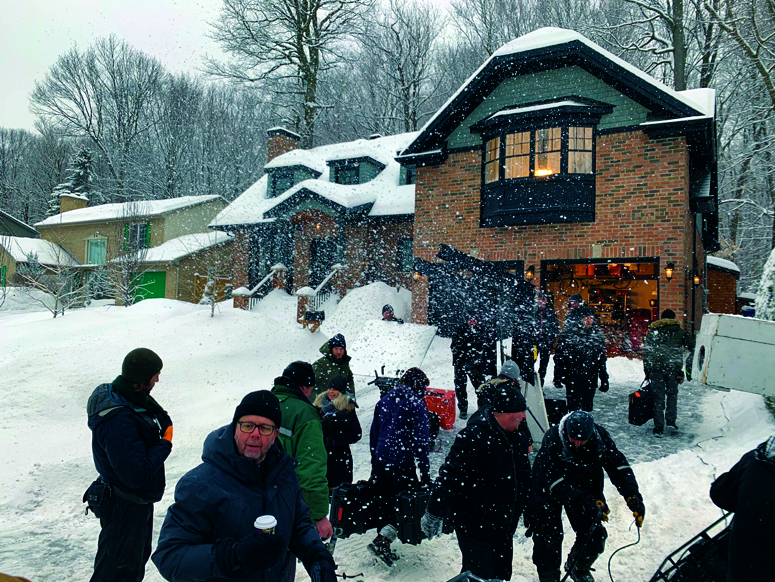 “Creating a snow commercial is a unique endeavor,” Ariens said. “It takes a lot of planning and processes to place the snow and keep it looking fresh. Even though we were in Canada, we still had to bring in a lot of snow with carts and machines, and then we were constantly replacing and repacking the snow to keep it looking fresh. There is also a lot of work done in post-production with digital editing tools to remove unwanted tracks and keep the snow looking powdery. Having a master like Franco on the team to oversee the process and  capture it on film ensured we reached the level of quality and authenticity we envisioned.”

The commercial shoot took three months to plan, including storyboarding, casting (both human and canine) and scouting a location. Phillip Montgomery, whose awardwinning work has appeared in film, commercials and music videos, directed the commercial. The crew spent three days filming around Montreal in residential settings, and at a ski resort and on top of the mountain that appears in the commercial’s final scene. The work
called for early mornings and late nights for the crew to capture all the footage within a tight timetable. With
lots of Ariens dealers and customers waiting on the content to use in their own advertising, it was imperative the
team completed filming on time.

To complete the vision, AriensCo licensed the 1946 hit by Peggy Lee, “It’s a Good Day” to soundtrack the commercial. Lee wrote the song with her husband, Dave Barbour (a star in his own right), and debuted it in  a duet with Bing Crosby on Crosby’s radio show as it climbed to No. 16 on the Billboard charts in 1947. The song conveys the optimism of the commercial’s main character, waking to tackle the fresh morning snow with his Ariens Professional RapidTrak snow blower. 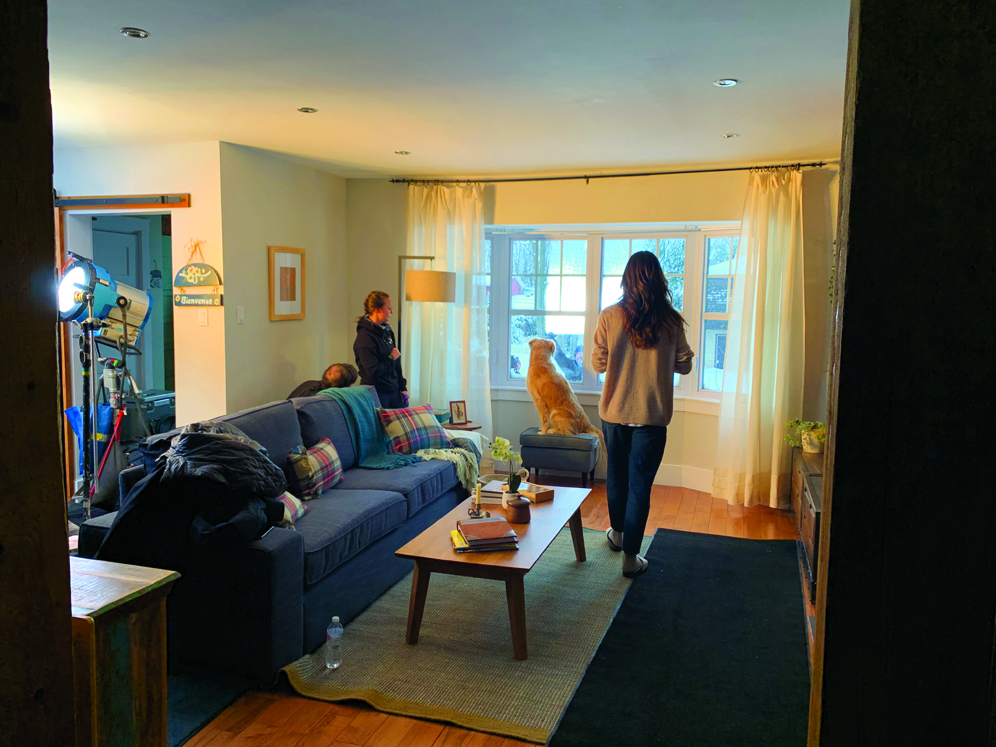 Starring RapidTrak Though the commercial has many living characters — husband, wife, dog, townspeople — the true star of the show is the Ariens Professional RapidTrak snow blower. Exclusive to Ariens, RapidTrak features an adjustable track that gives users unrivaled speed, maneuverability and versatility in a variety of conditions.

Ariens’ patented RapidTrak technology specializes in holding traction against high snow piles and on steep, hilly and slippery pavement while in its crawler-style track mode. Quickly adjust to wheel mode for quick, effortless turning on flat surfaces, and switch to dig-in mode that pitches the auger housing down for more effective clearing through packed snow. Users can switch among the three settings with a handlebar lever in just seconds.

“This commercial is very aspirational. It’s about family, community and a strong work ethic,” Ariens said.
“We included the RapidTrak because it’s our most aspirational model. It represents the height of snow blower
innovation. It was fitting that the RapidTrak take center stage.”