Eddie Brown is a busy guy. He not only manages Brown Brother’s Lawn Care with his brother, Kenny, he’s also a full-time student at Wichita State University. From Monday through Thursday, he’s focused on his courses in entrepreneurship and finance, but when classes break he’s back to mowing and mulching.

Hundreds of thousands of students in the U.S. are facing similar dilemmas when choosing their post high  school plans — advance their education or launch a career straight out of high school. Brown is choosing both.

“Obviously college is pretty expensive, and I’d probably be at a community college right now if I didn’t earn a
scholarship,” Brown said. “I figure I’ll put myself through four tough years of running the business and going to
college, and hopefully the payoff will be tremendous.”

Brown Brother’s Lawn Care started as one of Brown’s three side hustles in 2014: landscaping, umpiring and
maintenance work. Landscaping proved to be most profitable, so Brown turned his attention to building a business maintaining residential lawns and some commercial properties.

“At first I was chasing more money, but then I began to chase the passion of running my own company,” he said. “Essentially it boils down to time value. If you see more value in college, you’re going to devote your time to that. I saw value in doing both, so I balance my time between school and running a business.”

Brown is taking what he’s learned in the first couple years of business ownership to continue growing his  company. Initially, the brothers spent a lot of time hanging flyers on doors and mailboxes, and experimented with digital advertising to grow their business, but they didn’t see early success. Eventually, they began to concentrate on Facebook ads, where it was easy to target the advertising spend for the best payoff.

“I listened to Warren Buffet talking about how if you don’t learn how to make money while you’re sleeping, you’ll  be working hard the rest of your waking life,” Brown said. “I took this idea and applied it to our social media efforts. We now have people seeing our ads when we are not pounding the pavement.”

Brown was an inaugural member of the Gravely Ambassador program two years ago. He knew he was a
good fit for the program because he’s been running Gravely equipment since launching Brown Brother’s Lawn Care and felt he was already “committed to the brand.” 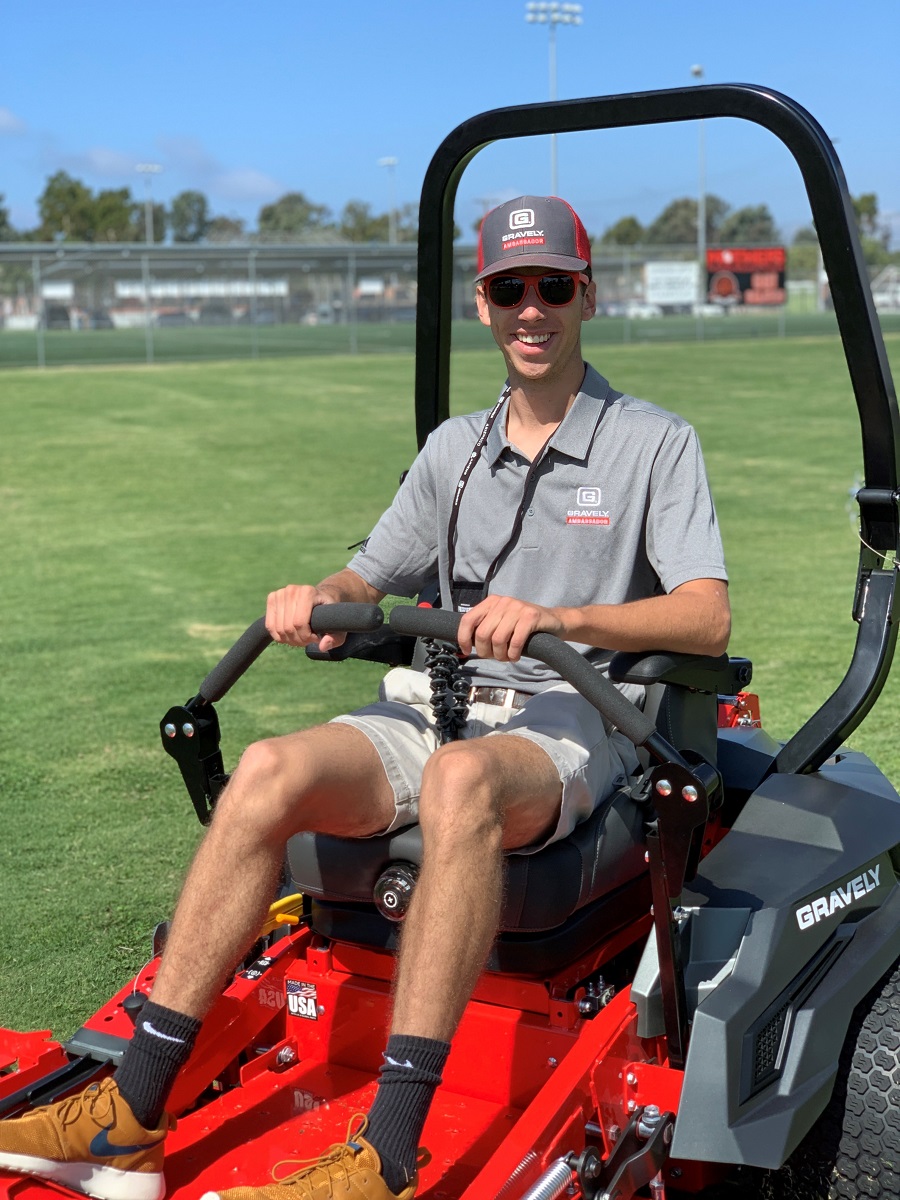 In September, Brown was one of 12 Gravely Ambassadors to attend the AriensCo Dealer Summit in Huntington
Beach, California, where they got a sneak peak of several new products. In many ways, the Gravely Ambassador events are like reunions of industry pros that became friends and enjoy reconnecting. They help each other shoot videos and photos for social media pages, and discuss the new products and potential applications. They help each other through the ups and downs of growing a business.

“I went to the summit to network with other ambassadors,” Brown said. “It’s an opportunity to connect with so many successful dealers and to learn from them. I don’t say I’m an entrepreneur, I say I’m a learner.”