Today, we know a snowmobile market that consists of four manufacturers selling machines to a niche group of enthusiasts. But from the mid-1960s to 1970s, the newly established recreational snowmobile industry was the equivalent of a boomtown during the Gold Rush Era.

Everyone wanted a piece of the action. Companies including Harley-Davidson, Mercury Marine, Outboard Marine Corp., John Deere, ARGO and Massey-Fergusson all offered snowmobiles. Some estimates place the number of snowmobile manufacturers at nearly 200 in the height of the sport. 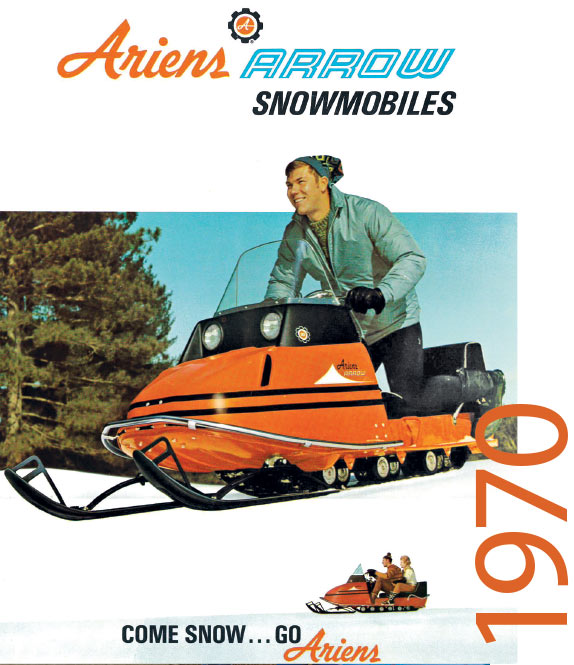 Ariens introduced snowmobiles in 1968 with the 300-III model. A partnership with Skiroule, a French-Canadian snowmobile maker, provided Ariens with a cost-effective chassis for its machines. The Ariens Arrow line of snowmobiles followed, and by 1970, the company offered eight different models. Skiroule was purchased by Coleman in 1969 and by 1972, when Ariens no longer had access to the reasonably-priced chassis, the company decided to exit the business.

As it turns out, the timing could not have been better.

The boom market took a sharp turn soon after. Poor snow conditions in 1972 and 1973 were followed by the OPEC oil embargo, which pushed gas prices up, caused gas shortages and resulted in rationing. Tens of thousands of snowmobiles were left unsold and many manufacturers were left with large equipment inventories. The golden age of the snowmobile was over and the industry that existed for the previous ten years was decimated.

Ariens avoided the inventory write-offs that later plagued the industry. The company sold off its last 300 machines in Finland, where many of the snowmobiles were ultimately used in the Lapland region to assist with herding reindeer.

Mike Ariens, former Ariens president and CEO, would later reflect on the timely decision to exit the snowmobile business as "the best decision we ever made."