The news was portraying the approaching storm to be worse than Hurricane Katrina, which ravaged the New Orleans metropolitan area in 2005. K&S Outdoor Power was right in line with the storm. Its owner, Kenneth Holloway, prepared like he had done for every other storm that had come before, buying supplies and battening down the hatches.

Hurricane Harvey made landfall and wreaked havoc in Southeast Texas on August 25, 2017. The storm made landfall three separate times and dropped a whopping 60 inches of water on the area over the course of a week. Holloway and his family had to evacuate their home, and so did several of his employees at K&S.

They arrived at the K&S Outdoor Power store in Orange, Texas, to find that it, too, had flooded. For two weeks, the Holloways lived in a travel trailer parked in their store parking lot as the flood waters receded.

“We evacuated the house when we were knee-deep in water,” Holloway said. “We got in the truck with the trailer attached and drove to the store, which thankfully wasn’t in as deep of water. We never got water in the trailer, but as soon as you stepped outside, it was knee deep.”

For two weeks during their spare time, Holloway, along with his son Kade and other employees, worked to get the two K&S Outdoor Power stores back open, knowing that there was still a business to run. They mopped the floors of flood water and repaired the Ariens and Gravely machines that were damaged from the storm to get them back up and running. When the doors of the shops finally opened, customers slowly started returning.

They used the store parking lot to unload supplies from semi-trucks that had come to help everyone in the area. Holloway used his small boat to help evacuees get to safe areas, piloting it down the same highway that he used to drive his car to work on. Holloway did all of this while helping Kade clean up the Lumberton store location, cleaning up his store in Orange and living out of the travel trailer in the store’s parking lot.

“In the time that we’ve been in business, our small town has gone from a one-stop-sign town of 2,200 people to a two-stop-sign town of about 3,800 people, all who have supported our business over the years,” Holloway said. “When Hurricane Harvey hit, it wasn’t just about the company. It was about doing anything we could to support the community.

Despite the destruction, K&S Outdoor Power reopened the doors at its two stores two weeks after the storm. Sure enough, the business picked up right where it left off, repairing storm-damaged equipment and selling new Ariens and Gravely machines.

Remarkably, the storm didn't affect the company's bottom line results. In September, K&S Outdoor Power was honored as an AriensCo million-dollar-dealer club member at the 2018 AriensCo Dealer Summit. Even more impressive, it was honored with the President's Award for most overall percent growth in a year. It's a true testament to Holloway's resolve and work ethic, something the storm didn't change.

Despite the challenges that Holloway faced, his business kept going. His life kept going. It’s this “keep going” attitude that pushed him through the darkest time of his life. He said, “It's funny, because I always heard this statement but never knew how to take it: ‘How do you eat an elephant? One bite at a time.’ Well, I would never eat an elephant, but I understand the metaphor behind it. One step at a time. That’s how you’re going to survive.” 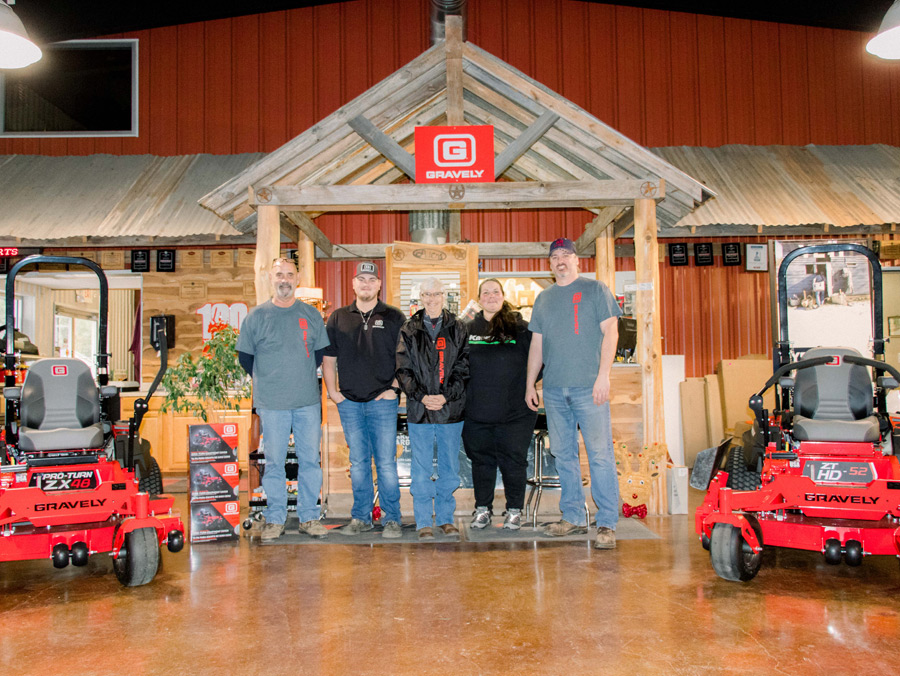