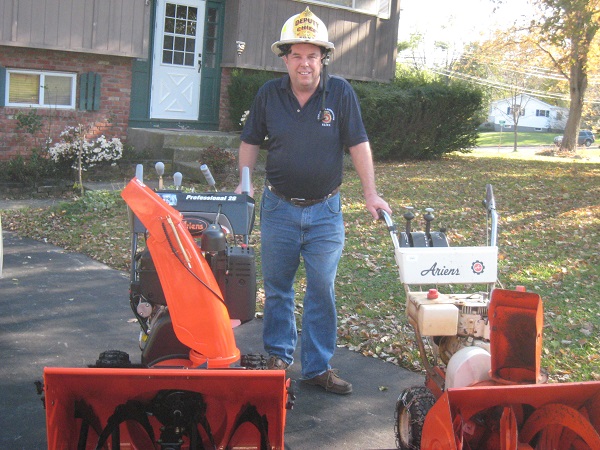 ​Ariens Company donated a new Professional 28 Sno-Thro® model to retired FDNY Chief Richard Picciotto. Battalion Comander Picciotto was the highest-ranking firefighter to survive the World Trade Center collapse and the last fireman to escape the devastation. He is also author of the book, A Firefighter’s Story of Survival and Escape from the World Trade Center.

“When I heard​ Chief Picciotto speak at an Outdoor Power Equipment Institute (OPEI) meeting this past year it was truly inspiring,” says Jeff Hebbard, President – Ariens Wholegoods. “Although he considers his actions on that eventful day as normal and dutiful his story still causes me to stop and think.”

When Hebbard had a chance to meet Picciotto at the meeting, he learned the Chief owned an older model Sno-Thro®. “I knew the employees of Ariens would want him to have a new model,” said Hebbard. “Chief Picciottorepresents the best America has to offer and he deserves the best snowthrower on the market.”